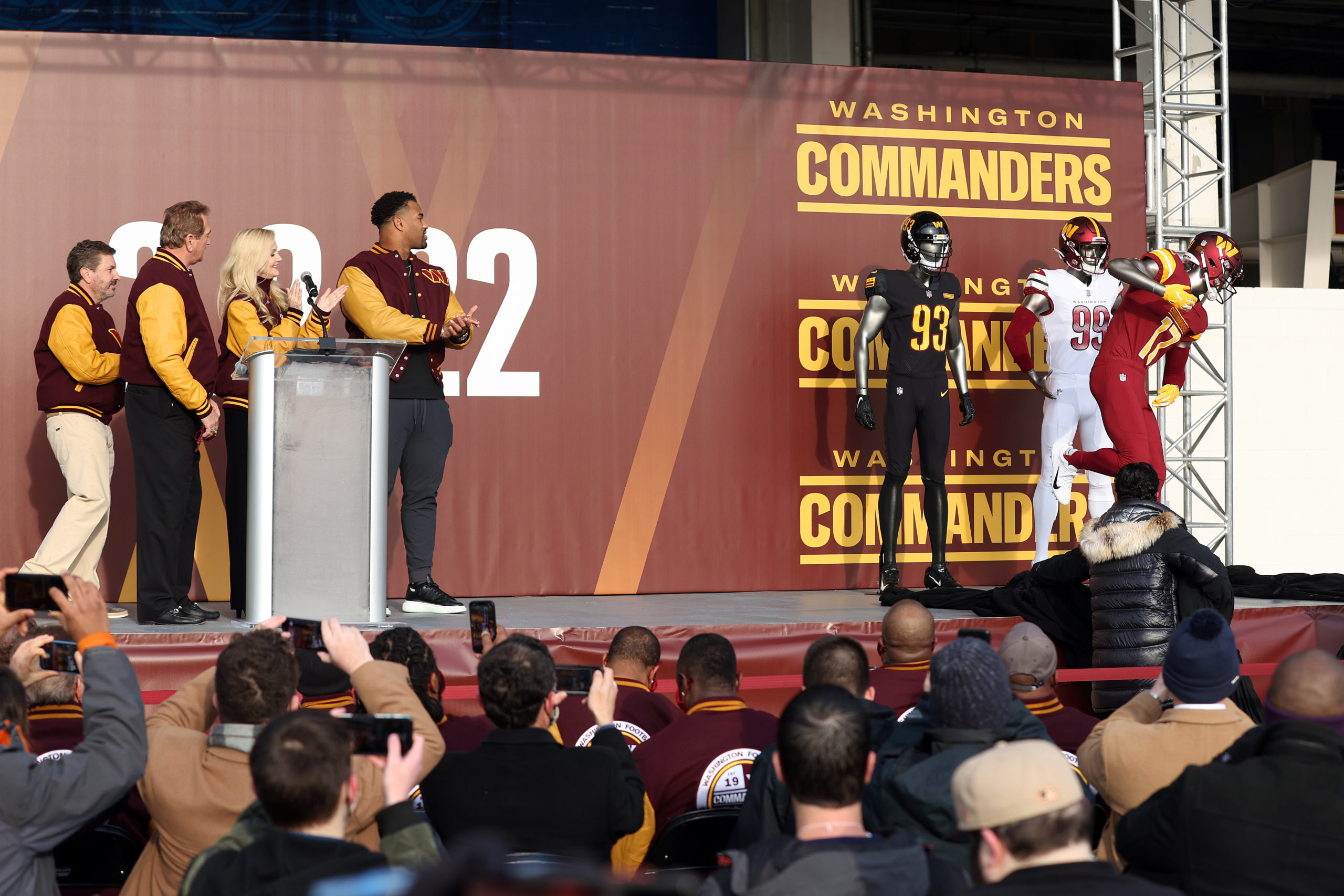 After two years The Washington Football Team has a new name.

The team announced today they are officially the Washington Commanders with new uniforms to match the rebrand.

“As an organization, we are excited to rally and rise together as one under our new identity while paying homage to our local roots and what it means to represent the nation’s capital,” said co-owner and co-CEO Dan Snyder. “As we kick-off our 90th season, it is important for our organization and fans to pay tribute to our past traditions, history, legacy and the greats that came before us. We continue to honor and represent the Burgundy & Gold while forging a pathway to a new era in Washington. Today may mark the first day for the Washington Commanders, but we are and always will be Washington.”

The team is sticking with their traditional burgundy and gold color scheme with an addition to black and an alternate color. While the team’s home and away uniforms remain largey unchanged, the team introduced an alternate black uniform combination.