FILE – In this Sept. 29, 2012, file photo, University of Miami’s mascot Sebastian the Ibis leads players onto the field before a NCAA college football game against North Carolina State in Miami. Miami’s three-year NCAA probation largely stemming from the actions of rogue and now-former booster Nevin Shapiro gets completed on Friday, Oct. 21, 2016. It satisfies one of the most damning sanctions the Hurricanes were issued, though some aftereffects – scholarship reductions in football and men’s basketball, most notably – will remain felt for a few more months. (AP Photo/J Pat Carter, File)

Al Golden and the Univ. of Miami are involved in a lawsuit over his buyout.

Golden says he’s been receiving checks monthly for $0.24. The federal trial is set to begin Feb. 3, 2020, the day after the Super Bowl.

Golden also alleges Univ. of Miami AD Blake James drafted a fake press release after his firing, lied to him, and failed to provide safe fields which he says led to injuries.

A school spokesperson says James has no comment on accusations.

These are a few of the many accusations in Golden’s email I obtained. 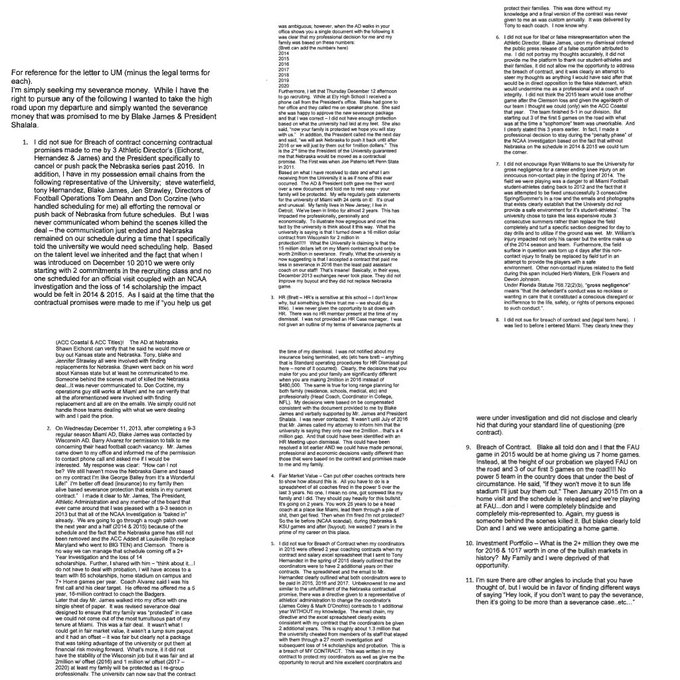