It’s Nick Saban vs Jimbo Fisher, the Hurricanes, and Deion Sanders – And Saban is Losing… 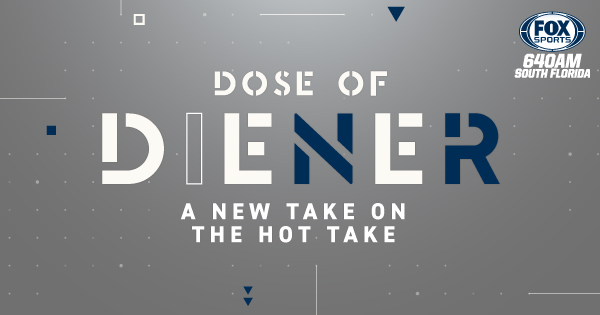 Panthers, Heat, huge night in the playoffs tonight! But…the biggest story right now is about college football. Diener reacts to the controversy that Nick Saban has created with his comments about NIL and schools like Miami and Texas A&M. Things have become very testy between the coaches…

Here’s Saban’s original comments where he names the University of Miami. Deion Sanders, and Texas A&M.

Here’s the clip that got Jimbo Fisher steaming mad.

You best believe I will address that LIE Coach SABAN told tomorrow. I was & awakened by my son @ShedeurSanders that sent me the article stating that WE PAYED @TravisHunterJr a Million to play at @GoJSUTigersFB ! We as a PEOPLE don’t have to pay our PEOPLE to play with our PEOPLE.

** SHOCKING** Saban stated in his speech that Miami (@LifeWallet ) paid a player $400k a year but not for a true NIL. Saban’s statements contain admissions that he and the school involve themselves in their players NIL deals. WOW-CLEAR NCAA VIOLATIONS! @johnnyruiz4 @alex7ruiz

Prime- reach out to me. Saban, really, you think you are above the law? Guess you can’t play in a true equal playing field! @johnnyruiz4 @alex7ruiz https://t.co/KotuFXyzS2

And this response from Jimbo Fisher from earlier today is an absolute all timer – scorched earth type of press conference. These guys used to be friends…not anymore.

Fisher calls Saban a "narcissist" and says he won't take his call.

"We built him up to be this czar of football. Go dig into his past." pic.twitter.com/iG4UQ4BH3I